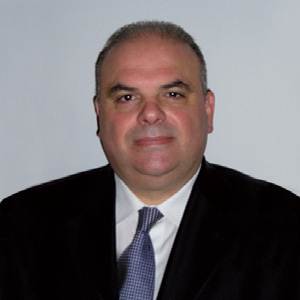 OBSTETRICIAN CONSULTANT AND GYNAECOLOGIST
INFERTILITY- IVF SPECIALIST, ADVANCED ENDOSCOPIC SURGERY
Associate of the Royal College of Obstetrics and Gynecology of Australia. Special Adviser to the Department of Obstetrics and Gynecology, University of Melbourne of the Department of Laparoscopic Surgery and Reproductive Medicine of Mercy Gynecological Hospital, of Monash IVF Clinic

Stefanos Syrkos was born in Athens but grew up in Australia until the age of 8. He graduated from Monash University School of Medicine, Melbourne, where he obtained his Bachelor of Science (MB.BS) and Bsc (Hons) degrees in industry where he graduated with honors after laboratory research and dissertation. The results of the research were published in International scientific journals. As a student, he was elected a member of the Disciplinary Board and the Selection Committee of Monash University Medical School in Australia.

He was educated in various university clinics of pathology and gynecology, surgery and pediatrics. After completing his basic studies, he initially worked as a specialist general practitioner in a private clinic in Melbourne, attaining the rank of Scientific Director – Clinician.

At the same time he was involved in sports medicine, overseeing the historic Greek football team Hellas South Melbourne in Australia’s first national division. He served on the Board as Vice-President. During his career with championships, he encountered numerous ndocrinological-reproductive problems. He has been fully trained in Obstetrics and Gynecology in Australia for 9 years, the last of which he specialized in Reproductive Medicine – IVF and Endosurgery (Laparoscopic – Hysteroscopic Surgery).

During his specialty he trained in all areas of obstetrics and gynecology which included neonatal resuscitation, basic and advanced surgical procedures and in various specialties including gynecology oncology, general surgery and breast surgery. He received his family planning diploma and was trained in colposcopy and ultrasound.

He has worked as a registrar at University hospitals in Melbourne and Sydney (Liverpool, Royal women, John Hunter, etc.).

During his specialty he served as a coordinator in the human infertility department (female and male) and the department of gynecological laparoendosurgery. He was honored to work with τηε world-renowned professors P.J. Maher, J.M. Talbat and M. Permezel with whom he collaborates by traveling to Melbourne frequently. At the same time he obtained the European Diploma of Gynecological Endoscopic Surgery from the University Training Center Clermont-Ferrand in France and a Postgraduate Degree in Reproductive Medicine (MRMed) from the University of New South Wales Australia. He also gained certification from the Authority of Assisted Reproduction, Infertility and Treatment.

He is a member of the Royal College of Obstetricians and Gynecologists Australia and New Zealand since 2005 and in 2007 was promoted to College Partner.

Since April 2006 he is the Scientific Specialist of the Department of Obstetrics and Gynecology at the University of Melbourne, Reproductive Medicine – Infertility and Endolaparoscopic Surgery at the University Gynecological Hospital Mery Hospital for Women External Clinic IV.

He deals with the full spectrum of Obstetrics-Gynecology and especially reproductive in-vitro medicine and endoscopic surgery. In addition to his clinical responsibilities, he participates as a trainer and lecturer in medical students, physicians specializing in infertility, in vitro, laparoscopic and gynecological surgery in general.

He is extremely calm and friendly. He believes in fully informing and encouraging the patient to participate in treatment decisions and choices.

IVF
This website uses cookies to improve your experience. We'll assume you're ok with this, but you can opt-out if you wish. OKRead More