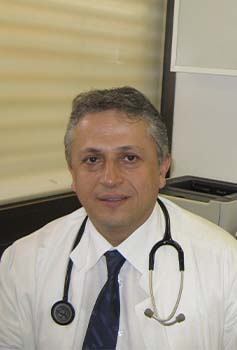 Stylianos Giassas, after finishing Medical school with honors, took part in postgraduate education, concerning for urgent pathological and surgical cases. He completed his military service as doctor with the rank of Lieutenant. Subsequently served for two consecutive years in Kimolos in Cyclades as local Practitioner.

He completed his specialization in Internal Medicine – Oncology in the Oncologic Clinic of Heraklion of Crete University and trained at the Beatson Oncology Center in Glasgow of Scotland, having as his Director the Oncology Professor Jim Cassidy.

In January 2006 he began working as a Medical – Oncologist at the A’ Oncology clinic of IASO GENERAL Hospital and from 2007 until 2010 at the Oncology Clinic of 6th ΙΚA Oncology Hospital (largest Social Security Organisation).

CANCER CARE, Oncologists
This website uses cookies to improve your experience. We'll assume you're ok with this, but you can opt-out if you wish. OKRead More